ApiHawk Eventor - What is it? 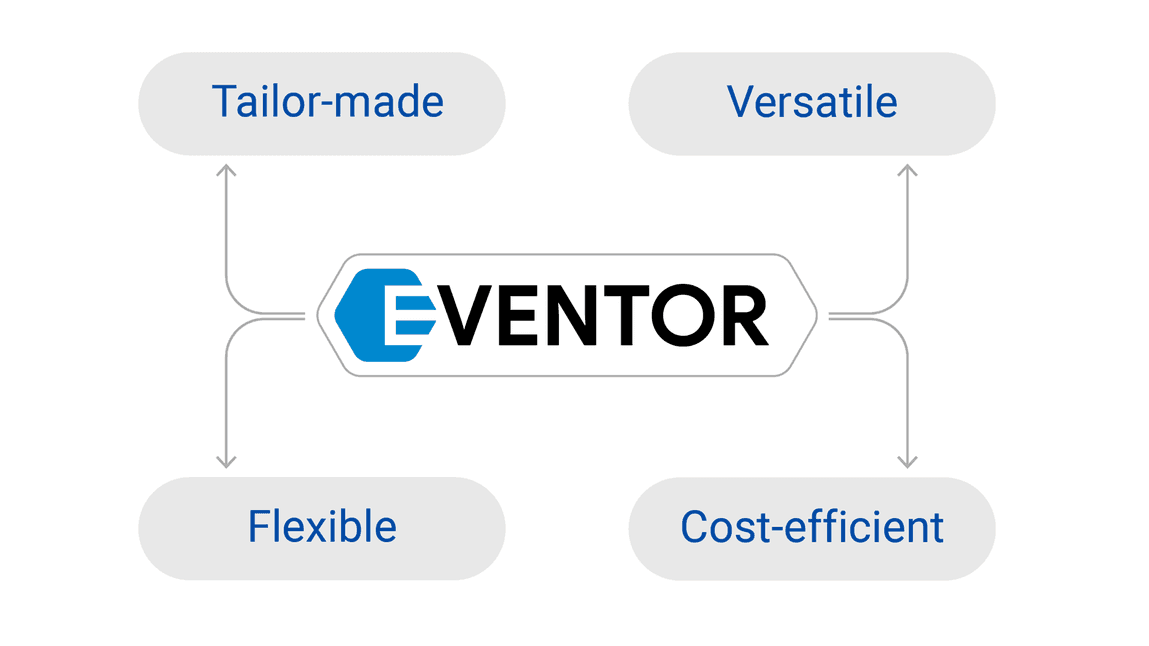 ApiHawk Eventor is a flexible event-to-function communicator that allows you to streamline your work process by automating different operations and activities. Our Eventor is API-based, integrates all your products and services, and requires no prior programming skills or knowledge—everything from the simplest task of sending an email to a newly registered user, to the automatic generation of legally-binding contracts between you and a client, is done without any changes to the code, saving you both time and money.

Eventor is extremely versatile and highly customizable, allowing you to create a tailored solution to your specific problem in several minutes without spending money on the developers’ expertise or a new software product. It grants you the ability to make changes to your system without driving up the cost of support or increasing the error-proneness.

With Eventor you can assign different “Functions” (actions) to be carried out by the system after a specific event occurs. However, unlike other similar products on the market, in Eventor the list of functions available for each event is not predetermined and rigid. Those event-functions (or ‘flows’, as we call them) can range from the fairly simple and mundane, to highly specific and complicated. The Eventor also easily integrates with other products by ApiHawk, allowing you additional functionality and expanding its flexibility even further.

Why does it work?

The biggest investment when buying a piece of software isn’t the software itself—it is the cost of the support for that software. No product exists on the market that fits your specific needs, so often modifications have to be made to the core of the software you’ve just bought—a guaranteed method to mess up your code and the functionality of your system!

Moreover, once you’ve modified its core, the developers can no longer offer support for that software; and even if they could, it would be at a significant cost—because you are using a unique version of that software.

With ApiHawk Eventor, you don’t need to worry about any of those problems. Eventor is a truly versatile program that can help you customize your system’s flow without making any modifications to its core. This keeps the cost of support low, increases your performance, and helps you adapt the product to the specific needs of your business.

The technology behind it 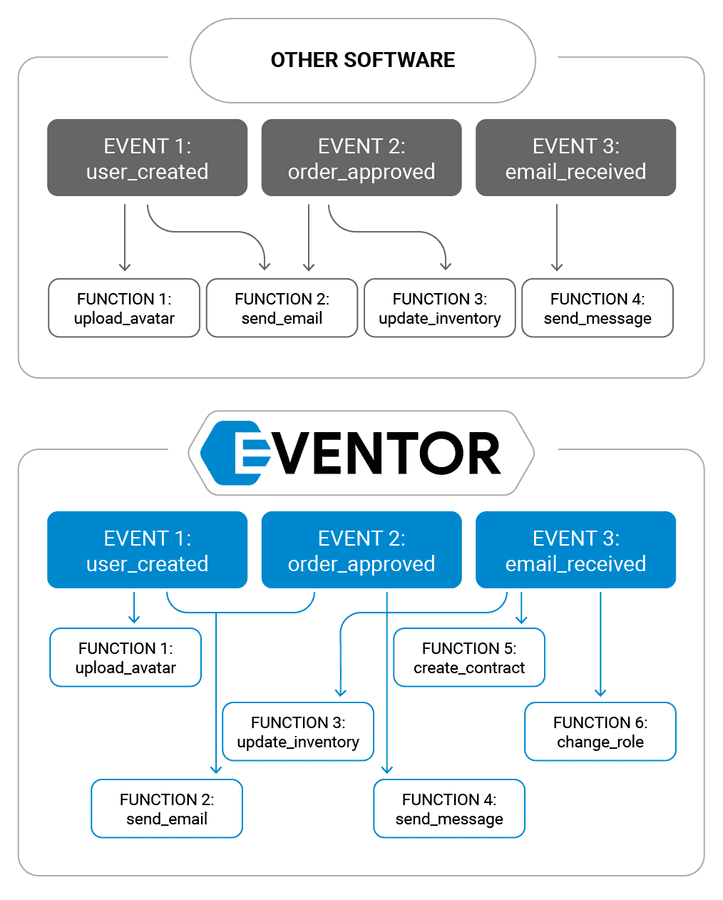 In order to understand how ApiHawk Eventor works, we have to take a look at a few key terms that we call Event, Function and Flow:

Event is something that happens in the system that triggers the function. Any “happening” can be an event—e.g. the registration of a new user; the expiration of a subscription; or the approval of an order.

Function is the action that is carried out when an event occurs. For example, when a product in your catalogue becomes available again, and you send an email to your customers that have previously purchased this product, the Event would be the product becoming available, and the Function—sending an email.

In Eventor a combination of an event and a follow-up function is called a Flow.

Because of the way API resources are stored, each Event returns a set of variables by type. Each resource has associated variables and a list of related resources. The problem arises when your Function requires a variable that is not returned by the Event.

Eventor DiagramThis is the reason why other workflow automatization software products have a list of predetermined functions associated with each event—otherwise if you select a function that requires a variable not provided by the event, the software won’t be able to solve this problem.

The solution to this problem ApiHawk Eventor uses is simple—when you select a function that uses such a variable, you can obtain this variable by finding a chain of related resources until you reach a resource that is associated with that variable.

Other software on the market provides you with a predetermined list of functions for each event. If you need to automate an action that is not part of those predetermined actions (e.g. update the inventory when you receive an email), you’re out of luck—unless you choose ApiHawk Eventor.

With ApiHawk Eventor there are no such restrictions. You can assign whichever function you like to your event, without any limitations.